5 Things You Didn’t Know About The Grand Budapest Hotel 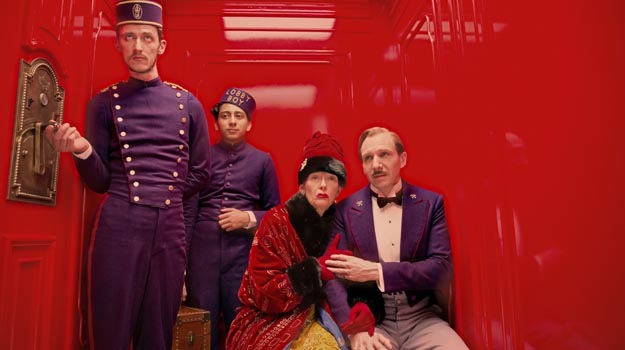 If you’ve seen the Wes Anderson film, The Grand Budapest Hotel, you’ll have no doubt loved its quirky, 1930s charm. Once a popular ski resort, the hotel seen in the hit movie was presided over by concierge Gustave H, who works alongside his protégé and friend Zero.

It’s a great film that lovers of Wes Anderson films couldn’t wait to see, with a legion of new fans catching onto the director’s unique style shortly after. But if you think you know everything about the film, you might well be wrong. We’ve brought together five facts you might have missed – and that may possibly blow your mind, toot. Read on…

1 - The Soundtrack Features a Very Rare Instrument – Wes Anderson doesn’t do things by halves, so only a rare instrument would do for the film’s soundtrack. The balalaika is a triangular-shaped Russian folk instrument carefully chosen by the director and which can be heard throughout the movie – the most prominent being during the second part of the official trainer (down the ski slopes).

2 - Those Courtisane au Chocolats Were a Real Challenge – Remember the sweet little pastries sent into prison to disguise some tools? Actress Saoirse Ronan recently admitted in an online interview that they weren’t at all easy to whip up, suggesting that they were also difficult to introduce to a scene. More so than the scenes she did in 2011’s ‘Hanna’, we bet. We also bet it was just too tempting to not gobble them up mid-scene, but we also reckon they were a little too delicate when it came to transporting them around set, too.

3 - Agatha Christie Fans, Listen Up – The film contains more than a few references to the writer’s famous mysteries. Specifically referenced, though, is ‘4:50 from Paddington’, so this more than hints at the director’s love for the famous writer.

4 - This Was the Highest-grossing Film of Wes Anderson’s Career – Bringing in a staggering $175million, The Grand Budapest Hotel was also the highest-grossing independent film of 2014. All that and it was even the highest-grossing limited release film of the same year – not bad at all eh? Plus, in its first week lone it brought in $811,000 in just four theatrical screening - phew!

5 - It Took Make-up Artists Five Hours to Transform Tilda Swinton – Who said acting was a tough job? We say it’s sitting still for hours while make-up artists carefully work on your face. Tilda Swinton knows this fact only too well after spending a handful of hours in a chair being made up for her role as the 84-

We bet you’re itching to dig out that DVD and watch the film again – who would we be to stop you?! Save some popcorn for us!