Going to a Gig? Cheap Hotels Near The London O2 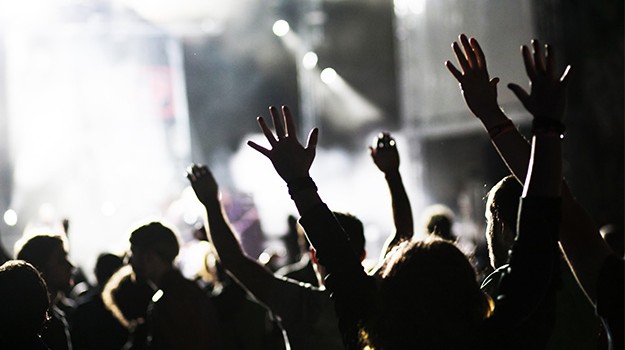 Recently bagged tickets to see the concert of the year? You might well have snagged the last few, or even bought them cheap from a friend – but all that means nothing if you’ve got to fork out for an expensive hotel to stay in the night of the gig.

Once known as the Millennium Dome, the O2 in London has played host to some of the world’s biggest acts. From comedian Michael McIntyre to some of the greatest sporting events, there really is something for everyone on the jam-packed agenda of what is one of the UK’s biggest venues.

And if you want somewhere to stay close to the venue, we’ve done the necessary legwork for you. Trawling hotel comparison sites to find you a good deal, we’ve selected some of the best value – and nearest – places to stay near the o2. Why? I suppose we’re just good like that!

City Stay Hotel, London – This one’s 'only' two-stars, but don’t let that put you off if you’re looking for a place to rest your weary head after a night of ear-splittingly good music. The Holiday Inn this certainly isn’t, but it ain’t hotel hell either.

For around £30, you can book a room for a short or long stay at very little notice. Plus, there’s wireless Internet, a kitchen to ensure you can whip up your own meals, and easy access to the tube station in Bow.

In terms of accommodation at City Stay Hotel, it’s basic but comfortable – and with a range of single, twin, double and triple rooms available, you won’t be stuck for somewhere to stay when there’s a group of you. A home away from home, this venue offers friendly service and an en suite shower room – what more could you need?

BayTree Hotel, London –  Again, at around £30 per night, you really can’t go far wrong with this hotel. It might not be one of the five-star hotels you see on the TV and in magazines, but it’ll do for some shut eye before you jump on your train the following day.

With access to the Queen Elizabeth Park and Westfield Stratford City shopping centre, there are contemporary amenities in your room and WiFi Internet access.

Excel Hotel, London - Another affordable choice, similar to a Travelodge. Excel London is close to a host of attractions – including, of course, the 02. With transport hubs mere minutes away, as well as a shopping haven in Westfield Stratford City, you’re not in a bad spot at all.

If you’re travelling to the hotel by car, there’s cheap car parking here, as well as good value WiFi in guest rooms – everything you need to ensure your stay is as comfortable as possible.

So, if you’re heading to the o2 for a gig or show, can you really afford to stay somewhere further away from the venue? Once you add up your tube fare to travel to the venue, it really does make sense to get a hotel on the o2’s doorstep!