Your Salary: How To Broach The Subject In An Interview 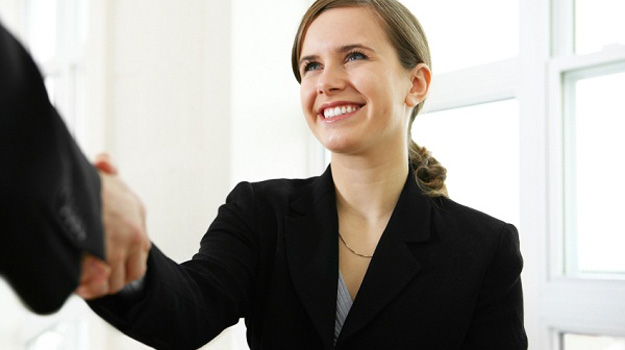 You may well see your next big interview as the route into your dream career whether that’s a massage job, hotel job or freelance worker but it’d be unwise, silly even, to consider accepting said role for anything less than the salary you’re worth. Of course, bringing up the subject of pay when you haven’t yet been offered the role can be tricky. But the truth is, it isn’t out of the question.

Sometimes, you’ll avoid the dreaded conversation entirely; helpfully, the employer may bring it up and you’ll not have the worry of nervously asking the question. If this happens, great! But if it doesn’t, you’re well within your rights to be clear about the salary you’d be looking for.

By all means, look for some progression salary-wise; it’d be a shame to jump into a new position without some promise (especially if the role itself is more involved, and senior) of a rise, but don’t be greedy. Providing you believe you are worth the salary you put forward, there really should be no nervousness when broaching the issue. Don’t worry, you won’t screw it up!

There’s a time to bring it up, though. And it isn’t two minutes after you’ve taken your seat in the interview! Instead, wait until the employer asks if you have any questions. Now’s your chance to refer to the job description you may have seen online before attending the interview. If it’s a completely new role to you (but you possess some skills that would benefit the position) explain that you’ve been doing a spot of research, and you’ve noticed that others in the same industry can expect to earn around ‘£X’ and you believe you are worth that, also.

Back this up by telling the employer exactly why you’d be worth every last penny of the salary you’ve quoted; this’ll not only show him or her that you’re taking it all seriously, but it will also show that you know your worth.

Similarly, don’t put yourself (or your skills and experience) down. If the manager of the company interviewing you asks how much you think you’re worth, be honest. Again, explain the reasons why you’ve arrived at that particular figure; don’t sell yourself short, but equally, don’t aim far too high.

If it seems like there’s no right time to bring up the subject of salary during, or shortly after, the interview, take an hour or two to compose a simple, straight-to-the-point email to your prospective boss. Start by thinking him or her for their time, explaining just how much you think the role is suited to yourself and your unique skills.

End the email by saying something along the lines of: ‘Just to reiterate, I would be thrilled to work in a company like yours, and believe my skills are well-matched to the role. I’d be looking for a salary in the region of ‘£X’ and my notice period at my current position is ‘X weeks’. It worked for me, and it could well work for you too!

Don’t forget to let us know how you got on. As long as you don’t make these common mistakes you should be ok! Maybe you have your own tried and trusted tips for bringing up the dreaded salary question in an interview? Comment below and let us all in on them!